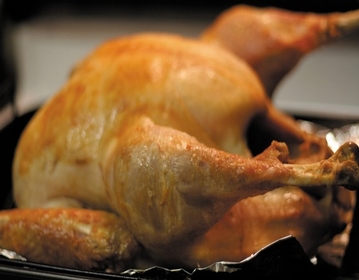 Over the past 12 months the number of biomethane-to-grid plants has quadrupled, from 10 to 40, meaning the UK now produces enough biogas to cook every Christmas turkey in Britain.

According to figures from the Anaerobic Digestion and Bioresources Association (ADBA), the anaerobic digestion industry now generates 31,000 metres cubed an hour of methane. ADBA has calculated this is enough energy to power 22 million ovens for the four hours it takes to roast an average turkey.

Last year 10 million turkeys were cooked for Christmas - meaning that there is likely to be enough gas to cook all the trimmings as well.

"The UK can have a clearer carbon conscience as they tuck into their Christmas turkey this year," Charlotte Morton, chief executive of ADBA, said in a statement this week.

"A quadrupling in biomethane deployment in 2015 means the industry can generate enough green gas to cook the Christmas dinner for every household in the UK - and it has done so while creating jobs, improving energy security, decarbonising our heat and farming sectors, enhancing farm resilience and improving food production."

Earlier this month, ADBA said the number of biomethane plants could quadruple again within the next six years, following a £1.15bn allocation to the Renewable Heat incentive (RHI) as part of the Chancellor's Spending Review in November. According to ADBA's projections, there could be 180 biomethane plants in operation by 2021.

Article by  Madeleine Cuff     for www.businessgreen.com