The environmental cost of your weekly loaf

Biogen has long known that the fertiliser produced from its food waste recycling process has the edge over chemical alternatives. 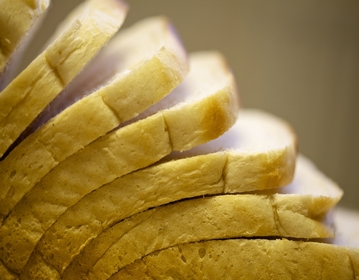 Not only is it high in vital nutrients needed by the crop, it’s also better for the environment as it reduces the need for chemical alternatives.

This week a BBC News report stated that fertiliser used to grow wheat accounts for a whopping 43% of greenhouse gas emissions used in the production of a loaf.

Emissions arise from energy needed to make ammonium nitrate fertiliser and from nitrous oxide released when it is broken down in the soil.  Around 12 million loaves are sold each day in the UK.

Researchers at the University of Sheffield who conducted the study, say that consumers need to be more aware of the environmental costs of their food. There are growing concerns about pollution from plastic packaging around food, as well as wider environmental issues.

Lead researcher Dr Liam Goucher said that in every loaf there is embodied global warming resulting from the fertiliser farmers use to increase their wheat harvest.

"That one key raw material accounts for - in terms of global warming potential - 43% of a loaf of bread," he told BBC News.

"People are well aware of where bread comes from but there's a lack of understanding about perhaps the environmental impact of that bread or the emissions contained by that bread," he added.

The researchers carried out the study to highlight concerns that ammonium nitrate fertiliser is being used "at unsustainable rates".

Up to 60% of crops are grown with the use of fertilisers, made up of chemicals such as methane, carbon dioxide, ammonia and nitrogen.

While synthetic fertilisers can boost the growth of plants - and raise yields - they can also contribute to greenhouse gas emissions.

Prof Peter Horton, a co-researcher on the study, added: "With over 100 million tonnes of fertiliser used globally each year to support agricultural production this is a massive problem, but environmental impact is not costed within the system and so there are currently no real incentives to reduce our reliance on fertiliser."

The research, published in the journal Nature Plants, analysed the complete process behind producing a loaf of bread:

The data found that growing wheat for bread had the biggest influence on producing greenhouse gases, mainly through the use of fertiliser.

This was followed by milling and the bakery stage of the process.

The researchers say there needs to be shared responsibility for the environmental costs of making bread, including fertiliser producers, farmers, millers, bakers, retailers and consumers