Biogen expects to start construction on an £11 million anaerobic digestion (AD) facility in Scotland next year after planning permission was granted by Midlothian council at the end of last month. 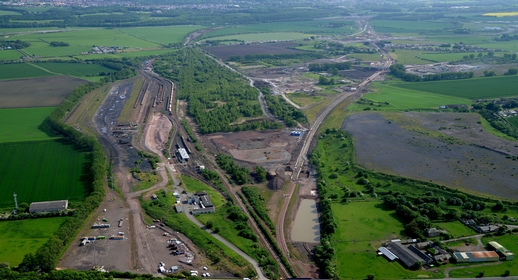 Under the plans, Alauna Renewable Energy Ltd will design, finance, build and operate the proposed plant at the former railway marshalling yards near Millerhill, Midlothian.

The facility will be capable of receiving around 30,000 tonnes of household food waste per year from the local area and is expected to begin operating in 2015.

Taking feedstock from Edinburgh and Midlothian council food waste collections, the 1.5MW AD facility will use a combined heat and power (CHP) engine to convert biogas into 12MW hours of electricity per year.The electricity will be used to power the plant, while excess electricity will be exported to Scottish Water via the local electricity supply grid. The Ad plant will also produce a high-nutrient biofertiliser for use on farmland.

The development is part of a £20 million, 20-year food waste contract agreed in February 2013 between Alauna Renewable Energy – a joint venture between Kelda Water Services (a subsidiary of Yorkshire Water) and Scottish Water Horizons – and the City of Edinburgh and Midlothian councils.

Biogen worked with Alauna Renewable Energy in support of their bid for the Zero Waste: Edinburgh and Midlothian Food Waste Treatment Project.