Biogen today announced that Chief Executive Richard Barker will be leaving the company at the end of June. Julian O’Neill, currently Finance Director, will take on the role of Chief Executive Officer with effect from 1st May 2014. 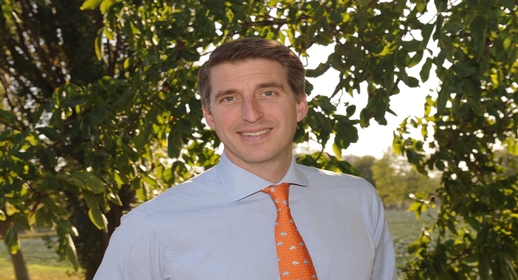 Mr Barker (pictured above) made the difficult decision to resign as CEO in order to prioritise his on-going recovery from leg injuries sustained in a serious accident in February.

Since joining the business in 2009, Richard has been instrumental in taking Biogen to its position today as a leader in the anaerobic digestion (AD) market; he has also played a key influencing role within the AD industry.

Richard Barker said, “It is with a heavy heart that I have made the tough decision to resign. I am sad to be leaving this great company which has developed a leading position in the UK’s fast moving AD sector. I cannot however, in good conscience, juggle the demands of my wonderful but all consuming role with the need to focus on my long and complex rehab. I feel privileged to have been part of Biogen’s fantastic growth story and am proud of the team’s considerable achievements during my time at the company. It is very well placed for the future and I am sure that Biogen will continue to see more success in the coming years.”

Biogen Chairman John Ibbett said, “Both personally and on behalf of the board, I would like to thank Richard for his immense contribution to the success of Biogen and wish him and his family all the very best with his recovery and future.”

Julian O’Neill said “Richard has been an outstanding leader to both Biogen and the AD industry and I am sorry to see him step down in such unfortunate circumstances. As incoming CEO I am delighted to have the opportunity to continue driving the Biogen business forward as one of the prominent players in the increasingly competitive AD market”