Biogen to scale Snowdon in support of Gwynedd good causes

Renewable energy experts behind a new food waste recycling plant are raising funds for two Gwynedd causes with a sponsored combined cycle and hike up Snowdon. 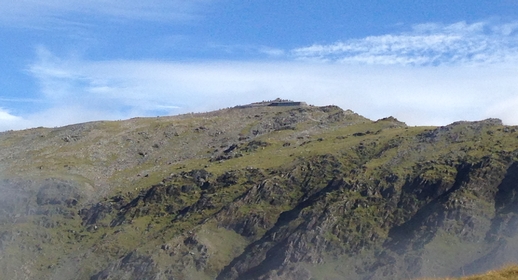 More than 50 people from anaerobic digestion company Biogen will be taking on Wales’ tallest peak on Saturday, September 21.   The challenge will raise funds for the Clynnog Fawr Nursery and Clynnog Fawr Playing Field Committee, as well as Macmillan Cancer Support (North Wales).  Biogen will be accompanied on the trek by teams involved in the construction of the new plant, Gwynedd Council, investors Iona Capital and other advisors involved in the project.

Some participants will cycle the 11 miles from the GwyriAD plant to the foot of Snowdon, before undertaking the 8.5 mile Rhyd-ddu path to the summit.

Biogen is the operator of the new £5m GwyriAD anaerobic digestion plant at Llwyn Isaf near Caernarfon, which will convert household food waste from across Gwynedd into renewable energy.

Richard Barker, Biogen’s CEO stated: “We’re all ready and geared up for the challenge. Not only is the event raising much needed money for a number of local worthy causes, but it will also raise awareness in Gwynedd about the new AD plant and the fact that we can now create renewable energy from the county’s food waste.  I’m really proud that so many of our colleagues have signed up to the challenge from all our sites in Bedford, Ludlow and of course here at the Gwyriad plant.

Proceeds from the fundraiser will help keep the Clynnog Fawr Nursery, which is located just three miles from the GwyriAD plant and cares for 2-5 year old children, open. Funds raised will also help the Clynnog Fawr Playing Field Committee maintain its facilities and repair children’s play equipment and broken fences. Money will also be donated to Macmillan Cancer Support, which offers support to people with cancer.

The charity event continues an exciting time for staff at the Llwyn Isaf plant following the visit in July of His Royal Highness The Prince of Wales, who was given a guided tour of the facilities.

The GwyriAD plant is one of three anaerobic digestion plants Biogen is developing in Wales. As well as helping significantly reduce the amount of household waste sent to landfill, the plant will also produce a nutrient-rich biofertiliser, which will be used to help grow crops on Gwynedd farmland. The plant is the first food waste AD plant built for a local authority in Wales and will generate enough electricity for 700 homes a year

Bodnant Welsh Foods, Bwyty Lleu café at Dinas Dinlle, Jordans Cereals in Biggleswade and Midlands Co-op have donated food for the walkers.  Clynnog and Trefor Motor Company are supplying a coach free of charge to transport the walkers to the start of the climb.