Golden Win For Sequel and Biogen! 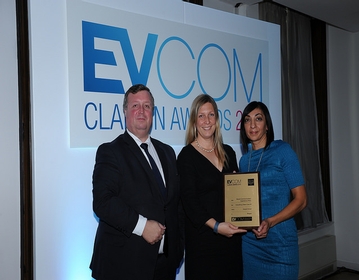 Sequel’s Claudi Schneider, who produced the video, said:  “We are thrilled. Since its launch the video has proved incredibly effective, helping to raise Biogen’s profile, win new contracts and engage stakeholders.

“I’m really pleased that the hard work of the teams involved at Sequel and Biogen has now been independently recognised.”

Biogen is leading the way in sustainable food waste recycling and last year refreshed its vision and values as part of a new strategy;  the aim of the video was to create a single communication piece that would tell the Biogen story across multiple channels and resonate with customers and employees.

Sequel’s solution was to produce a video that uses storytelling techniques to demonstrate exactly what Biogen does in terms of food waste recycling; the film has a visual narrative which brings company locations to life on screen, supplemented with motion graphics and simple animation.

Anita Smith, Biogen’s Marketing and Communications Manager, said: “It was very refreshing to work with the team at Sequel who took on board our ideas and input throughout the project. They managed to 'get inside our heads' and interpret the brief perfectly to deliver a technically stunning film which speaks to our internal and external audiences, exactly as we envisaged."