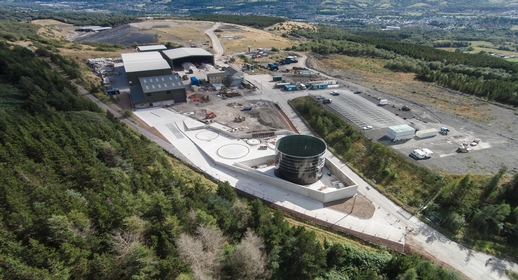 The Market Report provides a comprehensive analysis of AD industry growth and development, and of its potential in the UK. As well as details of the 400 operational plants, it shows:

“Biogen’s sixth AD plant, unveiled last month, marks an industry milestone with 400 plants currently in operation and more coming online each month. Since the first UK AD & Biogas trade show five years ago, the industry has quintupled outside of the water sector.  Across all AD’s sectors the industry now has a combined electrical equivalent capacity (electricity and biomethane) of almost 480 megawatts – equivalent to the capacity of one of the UK’s nuclear power plants, Wylfa, being decommissioned this year.

But this is just the start – now is the time to step on the gas.  With a favourable outcome from key policy decisions that need to be taken by the new government, ADBA’s market forecast estimates that industry could reach 500 plants by the end of the year and then potentially more than double by 2020.

One of the most notable developments over the last year has been the rapidly developing biomethane market, with 33 gas-to-grid plants now in operation.  Biomethane helps decarbonise heating without the need for new infrastructure, and has a particular role in transport where there are few other options for heavy goods vehicles.

The AD industry is already supporting 4,500 green jobs and generating a UK exports market in AD technology and expertise worth £100 million.”

The industry’s 400th plant, Biogen’s Bryn Pica site located in South Wales, is the third project to be delivered as part of the company’s ongoing partnership with the Welsh Government. The 22,500 tonne site, commissioned in June 2015, is now exporting 1.2MW to the grid. The site will take predominantly household waste, but is also geared up to process commercial and industrial waste streams to produce renewable energy and biofertiliser.

“I am delighted to see the successful commissioning of our sixth plant which has been delivered on time and to budget.  There has been a tremendous partnership with the local authority throughout and, as always, an outstanding level of commitment and contribution from the Biogen team and all our subcontractors.

As a board member at ADBA, I am equally proud to see the industry reaching the milestone of 400 plants in the UK – a fantastic achievement by all those who have been part of this journey.”